A place where complicated concepts are made simple

Charles (Pop) Mogish was an avid outdoorsman with a great love of fly-fishing. Fishing connected him to some of his best friends and took him to places all over the world. It was being on the water and connecting with nature where he felt most at peace. He loved to venture off to his camp, “Pop-Pop’s Paradise” to cast a few lines in the stream or watch the Eagles play some football. He also enjoyed getting on the course with his golf buddies. 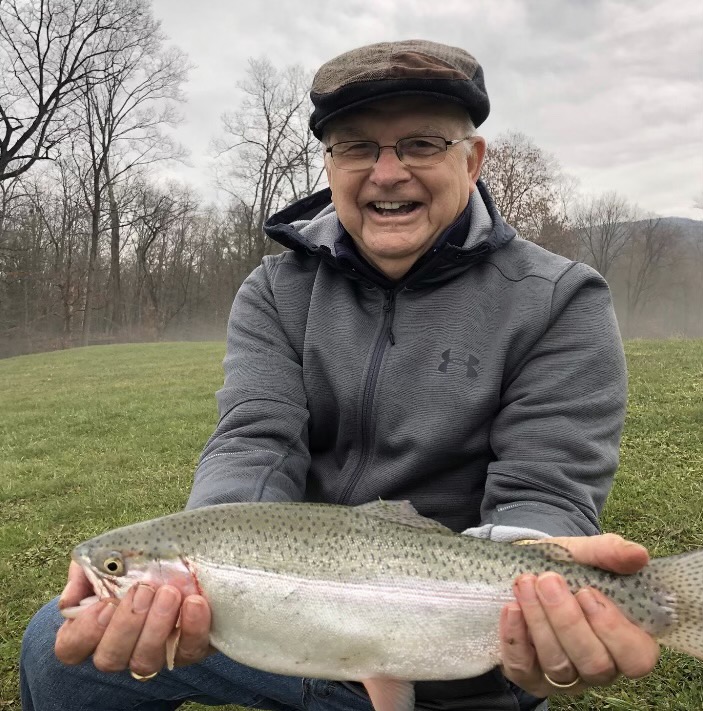 Charlie was a sports fan and family-centered man, often watching his grandchildren and their friends grow and participate in various sports. He never missed an opportunity to watch them compete on the field, in the pool or on the court. He was a devoted grandfather and his grandchildren’s greatest fan on the sidelines and in life.

Mr Mogish was a gentle and grateful man. His kind heart and optimism uplifted anyone he encountered, including the countless children and educators at the local elementary school. He was a major supporter of the school and demonstrated an ongoing commitment to provide the best educational experience possible to the students.

After several lines of treatment for advanced prostate cancer, Charlie respectfully, reassuringly, and confidently decided to shift his fight plan from treatment to living his values. He spent his remaining days making meaningful memories at home with his friends and family. Instead of spending long hours in treatment, Charlie was able to partake in a few more fly-fishing adventures. He continued to fight the way he lived, with integrity and grace, the same way he played on the football field in his high school days. Charlie passed peacefully in the home he built in April of 2019.

Athletes Fighting Cancer, founded by Charlie’s grandson, is an extension of his legacy. This education center reflects the value he placed on providing high-quality education to his community. As his grandson left for medical school, Pop shared some wisdom, “There are two types of smart people in this world. Those who complicate simple things to elevate themselves, and those who simplify complicated things to help others. Be the helpful person.”

If you have seen an article or have a topic you would like us to cover, send us an email at [email protected]