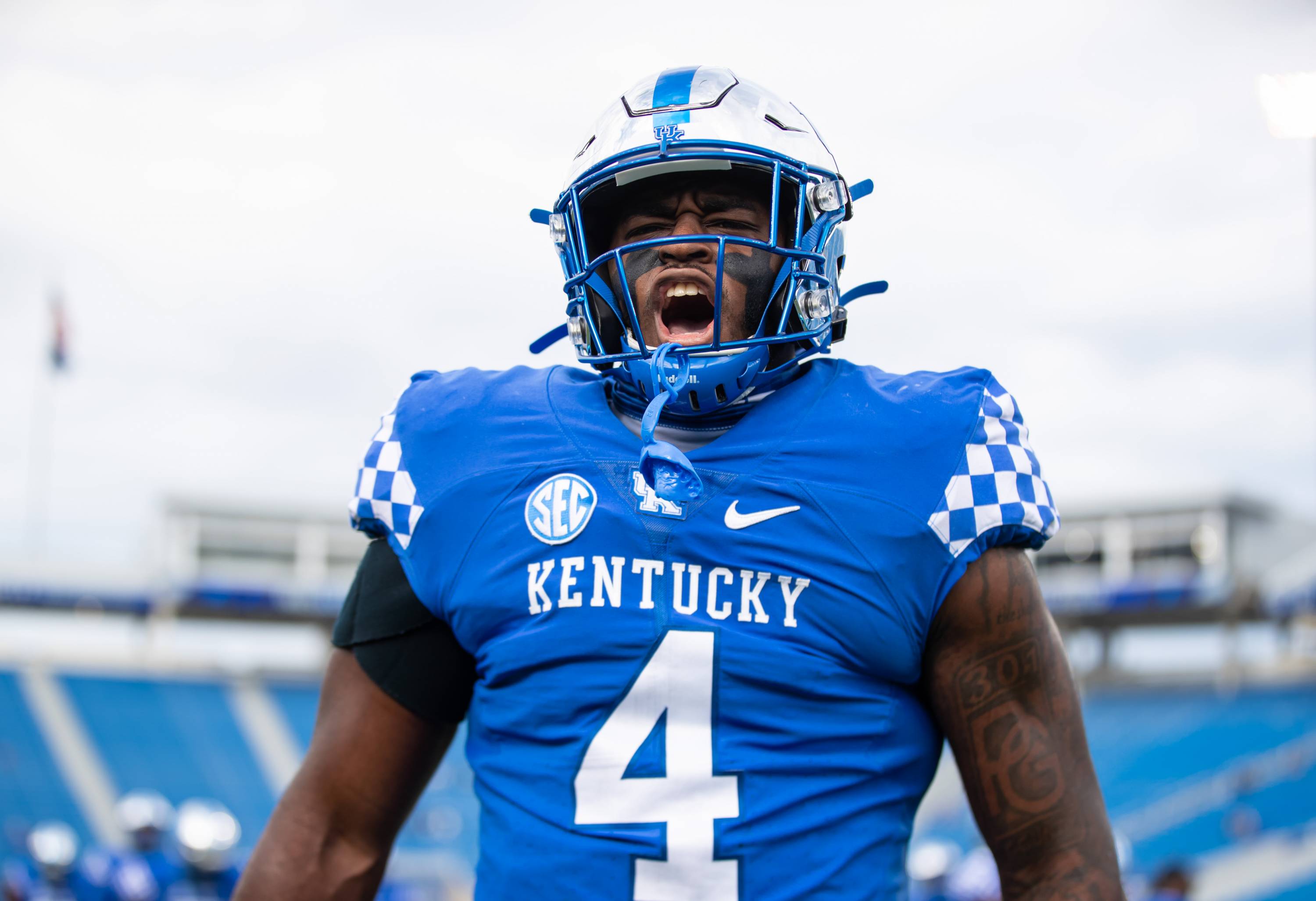 In March of 2020, I was fortunate to attend the Young Investigators Draft hosted by Uplifting Athletes, an organization that supports research for treatments and cures of rare diseases. At the event, Josh Paschal was named to the inaugural 2019 Rare Disease Champions team for his inspirational return to the field after being diagnosed with malignant melanoma. I spoke with Josh and his parents at the conclusion of the ceremony about the idea of a group focused on supporting athletes with cancer. Josh’s humble, insightful and enthusiastic responses was a catalyst to moving this effort forward. As TMWRK transitions to Athletes Fighting Cancer, this is the perfect opportunity to showcase one of the earliest members of our team.

Joshua Paschal grew up playing sports in Prince George’s County, Maryland – where he emerged as a start football recruit. “Football is my happy place… it allows me to get away and just have fun.”

With dozens of scholarship offers on the table, he chose the University of Kentucky – where he played in every game as a freshman and started in the Music City Bowl – a promising start to his college career. But one day he noticed something on his foot, thought to be a blood blister or plantars wart. Unsure of what was going on, he scheduled a doctor’s visit.

“I wasn’t stressed heading into my appointments because I thought it was something minor. I never thought about getting cancer. But the diagnosis caught us off guard. When I first found out, I was shocked… but I was in front of my family and I wanted to stay strong,” Josh told me. They learned he had malignant melanoma.

Josh’s parents stayed with him for a month; his mom wrote scripture on posterboard and post-its displayed throughout his room. When his parents had to leave, his sister Kristian moved into his apartment and became his main advocate. “I never felt alone,” Josh said. “My family, parents, sister and brother, they all rallied around me and kept me strong.”

When asked who else helped him throughout his journey, Josh shared – “James Conner’s story was powerful, it’s special… but I didn’t have to look too far because I had Coach Schlarman right there. He has an amazing story and is a legend in the making.”

John Schlarman, an assistant coach at UK, was diagnosed with metastatic cholangiocarcinoma, a malignancy known to have a poor prognosis. But by all accounts, Coach Schlarman never let cancer dictate his life. His optimism, positive energy, work-ethic, strength and commitment was incredible. He had a positive influence on anyone he met; he was a hero to many, but especially to Josh during this challenging time.

Josh would undergo several surgeries and was started on monthly immunotherapy treatments. “It was humbling… but it helped me see that everyone is going through something, some kind of struggle. It made me grateful”.

He continued working out with his team throughout the 2018 season. “The small ways I could stay involved with the team was important. It wasn’t only about playing football. It’s the friends and family that your teammates become. When you go through something like cancer, and you have 100 brothers (teammates) by your side, you have all of the support you need. That’s what I loved about being part of this team.” Josh also mentioned that his teammates never treated him differently, and that helped him throughout his journey.

He returned to the practice field in late October, but it was obvious he wasn’t at his best. “The hardest part was getting back on the field and not being the same guy. I had to learn to make adjustments.”

As a testament to his work-ethic and drive, Josh returned for the final 3 games of the 2018 season, only 3 months after his diagnosis. “My love for the game changed after it was almost taken away from me. I enjoy each day.”

Josh was named a team captain by his peers for the upcoming 2019 season. He became a full-time starter and was then named to the pre-season all SEC team for 2020. He continued to be a leader on and off the field, notably making the dean’s list. Josh was also elected to the SEC Council on Racial Equity and Social Justice. He has remained a supportive advocate for those affected by cancer, and Athletes Fighting Cancer is extremely fortunate to have him as a member of our team. While he is undoubtedly a gifted football player, he is an even more impressive young man. This self-proclaimed Chipotle connoisseur is a humble, kind and intelligent leader who comes from a supportive and loving family. We look forward to supporting him throughout his senior season and beyond!

*This is the first featured story on the new Athletes Fighting Cancer platform. In honor of Coach Schlarman and his relationship with Josh, one of the major inspirations to our organization – we have decided to designate this collection “Schlarman Stories”. This will be a place where members can provide a more intimate version of their inspirational stories and demonstrate the power of sport during their cancer experience. Coach Schlarman and Josh had a unique relationship that allowed them to connect and share personal stories to fight the isolation and uncertainty that a cancer diagnosis can bring. Athletes Fighting Cancer hopes to provide a supportive team and similar connections for anyone affected by cancer.